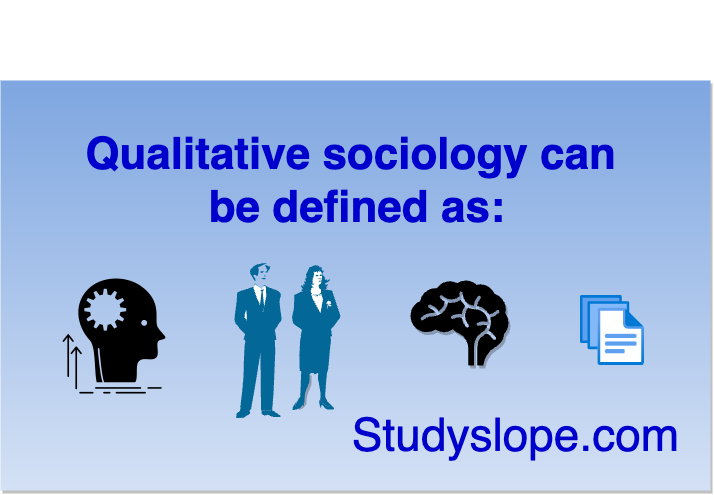 Qualitative sociology can be defined as:

A. In-depth interviews, focus groups, and/or analysis of content sources as the source of its data.
B. Virtual interactivity, online polls, and online gaming.
C. Door to door sales pitches, cold calls, and press conferences.
D. Statistical methods such as surveys with large numbers of participants.

Explanation: The study of people, as opposed to things, is the primary focus of qualitative sociology, which is a subfield of the discipline of sociology. It makes an effort to recognise and comprehend the various aspects that have an effect on human behaviour, but it does not make an effort to quantify human behaviour through the application of quantitative research methodologies.

Qualitative sociologists are interested in investigating how an individual’s experience of their environment is influenced by their social world, as well as how that experience is influenced by the environment itself (such as family or friends). In addition to this, they investigate the ways in which various external influences can influence an individual’s perspective of his or her surroundings.

For the most part, qualitative sociologists will collect data regarding human behaviour through the use of observation and interviews.

People also view: Which of the following is not a creative thinking exercise entrepreneurs use to generate ideas?