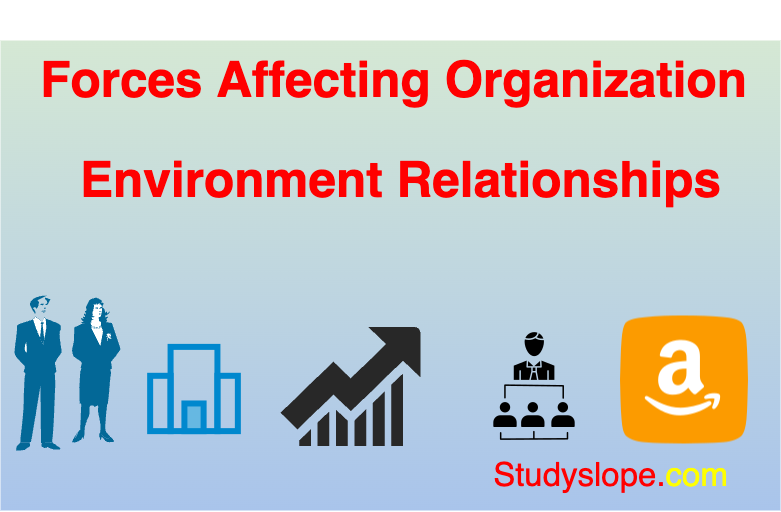 Executives are responsible for making strategic decisions for their companies based on the external environment in which the company operates. For instance, environments frequently place significant limitations on the aims that a business can pursue. A corporation that sets a target to raise sales by 50 per cent may find it difficult to achieve this objective if the economy is in a recession or if multiple new competitors enter the market. When determining whether to begin conducting business in a new nation, purchase another company, or introduce a revolutionary product, among other options, environmental considerations must also be considered.

The setting in which an organisation operates has a significant impact. a business firm’s ability to compete under the circumstances and under the influences that produce those circumstances and under the influences. A company must have the flexibility to adapt to its surroundings to survive. Analysing environmental forces is necessary for becoming an effective company. The term “environment” in the context of business refers to all the factors that surround and influence how a company runs and develops. According to Gareth, the term “business environment” refers to a collection of external elements that can have an impact on an organisation’s ability to operate and access limited resources. Business managers need to be aware of market changes and complexity if they want to improve their company’s capacity to compete in the market.

A business system is always in contact with its surroundings as business organisation are open systems. The company collects resources from the environment and transforms them into outputs that are then given back to it as finished products and services. The major forces that affect Organization Environment relationships are as follows:

Economic Environment is one of the forces that affect organisational environment relationships. The economic system of the country has a significant impact on the economic environment in which businesses operate. Several aspects of the economy, including economic planning and control, national income, industrial policies, monetary and fiscal policies, investments, savings, inflation, and foreign economic activities, all play a role in the development of the economy. The economic climate has a significant impact on the ability of businesses to function efficiently and determines the strategic decisions made by those businesses.

The “legal environment” is a term that encompasses all the various legal concepts and policies that influence the actions of organisations. It is the system of rules, regulations, and decisions made by the courts that are designed to both encourage and govern actions related to business. So, the tax rules, economic policies, and decisions about international trade made by the government can all affect the opportunities available to businesses.

The views, attitudes, and values that are held by individuals and groups within a society make up what are known as sociocultural forces. When a society’s norms, traditions, and preferences shift, the managers of that society need to adapt their organisational structure accordingly. Our way of life adapts to the shifting norms and expectations of society. Changes in social norms and lifestyles are what drive social progress.

Technology is also another force that affects the is defined as the collection of skills, operating methods, systems, and equipment that are aimed at improving the effectiveness of labour. Additionally, it has a significant impact on the organisation by causing shifts in occupations, skills, living styles, and the production methods and procedures of products. The introduction of new technologies, including information technology, automation, and computerisation, as well as novel materials, have all had an impact on organisations. Therefore, the technological environment is one of the forces that affect organisational environment relationships.