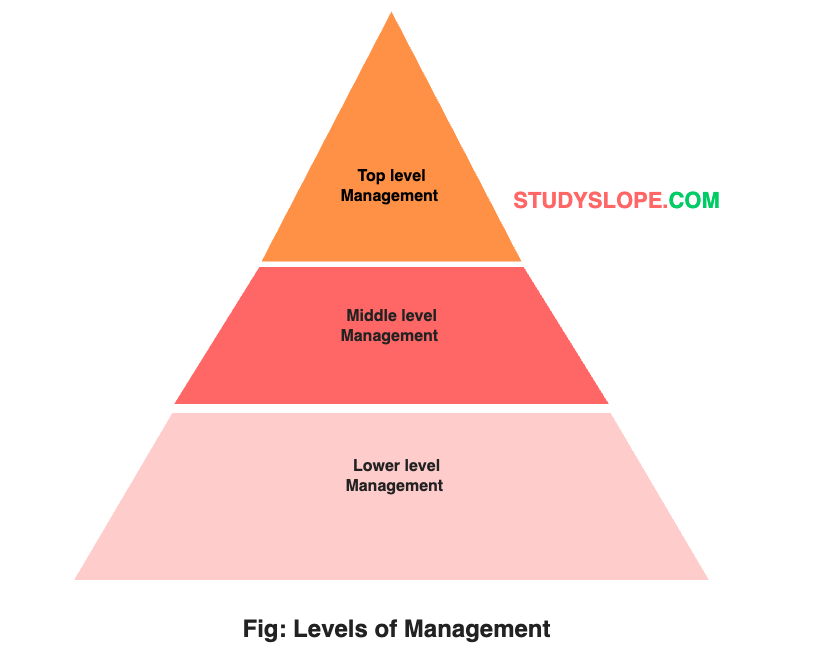 Management can be an art, a science, or even an activity. However, to define it more precisely, we can say that it is the process of planning, making decisions, organising, leading, motivating, and controlling the natural, financial, physical, technological, and human resources of an organisation (whether it be private, public, or non-profit) for the organisation to achieve its goals in an effective and efficient manner.

In other words, management is an administrative process that consists of a set of principles that govern the strategy of an organisation and coordinate the efforts of the organization’s employees or volunteers to achieve its goals through the resources mentioned above. It also refers to the person who oversees managing the organisation.

Overview of What Is Management?

The English term “manage” originates from the Italian word maneggiare, which means “to handle” (particularly things like tools or equipment). Maneggiare, in turn, derives from the Latin word “manus,” which literally means “hand.” During the 17th and 18th centuries, the historical evolution of the English term “management” was inspired by the French word “mesnagement” (later became “ménagement”), which was the original form of the word. The idea of management is nearly as old as humanity itself, and it can be found anywhere, be it in the natural or man-made parts of life.

The process of management is carried out whenever one person or a group of people works towards accomplishing a goal or an objective that has already been outlined. For example, people used management and organising techniques when they constructed the pyramids in ancient Egypt or Mesoamerica or the construction of monuments in ancient India, such as the largest rock-cut temple at Ellora Caves, the concept of “family,” or the organisational structure of the United States Office of Strategic Services (OSS) or the “Empire State Building” in New York City, etc. In the modern world, management can be found in a wide variety of organisations, including those that are social, political, cultural, and economic in nature. It plays one of the most vital roles in the development of any organisation, as good management practises are the sign of a successful business.

Luther Halsey Gulick, an American social scientist who lived from 1892 to 1993, came up with the acronym POSDCORB, which stands for Planning, Organizing, Staffing, Directing, Coordination, Reporting, and Budgeting.

Planning, organising, staffing, directing, and controlling are the five of these seven responsibilities that are generally considered to be the fundamental functions of any management practice. These functions work together to develop, carry out, and achieve an individual’s or organization’s objectives and goals, which are discussed in greater detail below. 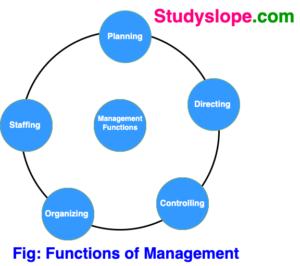 Planning: Planning is a logical, methodical, and future-oriented process that determines the path that an organisation will take in terms of its expansion. Making decisions and having the ability to envision how to present activities will play out, in the long run, are essential components of planning.

Organizing: Organizing is a formal way of setting up a chain of command. Work is divided up, put in order, and physical and financial resources are set up and coordinated so that each part fits with the others and makes sense so that goals that have already been set can be reached.

Staffing: Staffing is the process of putting together the right people to work in an organisation or business, both at the managerial and non-managerial levels. Staffing also includes training and development, evaluation, and compensation of employees, and keeping the morale of the workforce high by giving motivation and incentives at the right time.

Staffing is an essential and crucial part of management because people are different in terms of their intelligence, skills, level of skills, age, physical condition, and attitudes. So, to hire the right people, it is important for management to understand the social and psychological structure of a group or an individual.

Directing: Directing entails supervising, motivating, being a leader of, and communicating with the workforce that has been hired so that they may do their duties in an effective and efficient manner towards the goal that has been set.

Controlling: Controlling comprises of the actions done to verify that there are no deviations from the predefined plans and that they are being properly performed and supervised. These activities involve standardising job performance, measuring work performance and comparing it to previously established standards, and taking corrective action if variations are discovered. 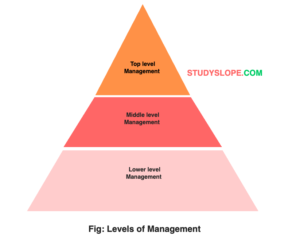 Top-level management is made up of sole decision-makers, such as the chairman of the board, board of governors, president, vice-president, CEOs, and so on. They make judgments and develop strategies and objectives that have a direct impact on the entire organisation.

Middle-level management includes all levels of management that form a link between the organization’s bottom and upper levels. These middle-level managers, who report to top-level managers and operate as a balance between both, may have titles such as Head of the Department (HOD), General Manager (GM), Division Manager (DM), Project Head, and so on.

Lower-level management is largely concerned with controlling, directing, assigning tasks, guiding, and monitoring regular staff. Lower-level management is crucial because it assures the quality and quantity of output or service. Lower-level managers are also known as “first-line” managers, and they are responsible for giving training to new employees, basic supervisory guidelines, incentives, performance feedback, counselling, and career planning to employees who want to advance within the firm.

2 thoughts on “What is Management?”