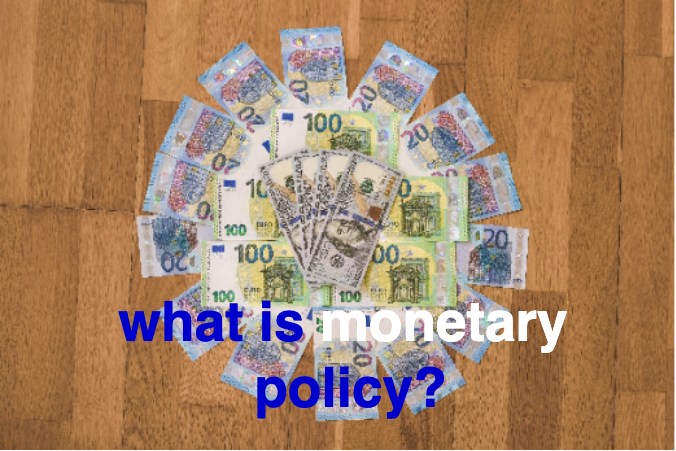 Commonly, central banks aim for full employment as a result of their monetary policies. This is accomplished through sustained economic expansion and price and wage stability.

Monetary policy is the Federal Reserve’s (the nation’s central bank) strategy for influencing the money supply and availability of credit in the economy. A country’s cash rate (official interest rate) affects other interest rates, which in turn affects economic activity, employment, and inflation. Interest rates, borrowing costs, and economic performance are all affected by changes in the availability of money and credit.

Low and steady inflation is crucial for sustainable economic development and job creation over the long term. Reserve banks can raise interest rates to slow economic activity and rein in inflation when growth and demand are high. The Federal Reserve’s (Fed’s) ability to effectively conduct monetary policy is crucial to the maintenance of price stability, which in turn helps to foster conditions for sustained economic expansion and full employment.

Windows 11 vs. Windows 10: What’s the difference between the two?

The federal reserve reduces its benchmark interest rate, which is the rate at which commercial banks lend to one another to fulfil reserve requirements. The Federal Reserve does not mandate any particular policy rate in the United States, but it does establish standards that affect interest rates, how banks compare their calculations with one another, and how the money supply may fluctuate.

Because of this, other interest rates used by banks when lending to customers may alter or be lowered, which in turn may stimulate consumer spending and bank lending. When the US banking sector broke in 2007-2008, for instance, the Federal Reserve lowered interest rates to zero to stimulate the economy and promote development.

In general, when policy rates vary, other short-term interest rates follow suit, which in turn affects corporate and consumer borrowing costs, the money supply, credit availability, employment, and inflation. Alterations to interest rates are one tool that may be used to put the policy into effect. Integrate Interest is the cost of borrowing money, typically stated as a percentage of the principal, the proceeds from the sale of government securities, or the change in the money supply.

When a country’s central bank, currency board, or other competent monetary authority formulates, announces, and then puts into motion an action plan to manage the money supply and direct the flow of newly created currency, this is known as monetary policy. Policy makers use monetary instruments like interest rates and money supply to influence broad economic outcomes like inflation, consumption growth, and liquidity. Open market operations, direct lending to banks, reserve requirements on banks, unconventional emergency loan programmes, managing market expectations, and central bank credibility are all tools that central banks use.

The Federal Reserve can affect short-term interest rates by manipulating the supply of reserves, which forms the basis of the framework supporting monetary policy. One of the key tools the Federal Reserve employs to keep the benchmark interest rate within its target range is the rate at which it pays interest on depository excess reserves. To complement that rate, the Fed may execute open market operations (reverse repos) in which it lends money to institutions such as money market funds, GSEs, banks, and primary dealers at predetermined interest rates.

The Federal Reserve also seeks to expand the money supply by purchasing and selling government bonds and other assets like mortgage-backed securities. If the Fed wants to affect the supply of bank reserves, it conducts open market operations.